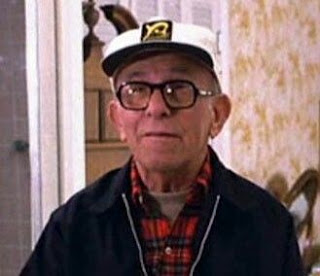 We're all tired of COVID. At the risk of complaining about our discomfort at a time when many are still endangered by the Coronavirus, and some have succumbed to it, we must acknowledge the fact that we are suffering from "COVID fatigue." And while this isn't as life-threatening as the actual disease can be, it does drag down the morale of an entire nation--or world--and cause us to be far, far less than our best. It can also tear us apart. We have blamed partisan politics for the mess this most recent election was, but I wonder how much of a role COVID played? Some suggest that we have a new President because of the failure of the old one to conquer COVID, despite launching a valiant effort to create a vaccine against it in record time. One wonders if the weariness of that discovery had some part in the lack of energy expended by the former administration at "administering" the vaccine and enforcing life-saving restrictions on the populace. Maybe it's t
Post a Comment
Read more

That One Solitary Life... 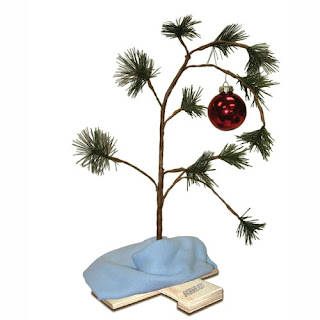 Christmas 2020 was one for the books--the history books--pretty much like the rest of the year. Will anyone cry if the door hits 2020 in the backside on its way out? Usually we celebrate the New Year with the ball drop in Time Square. There were enough balls dropped in 2020 that I don't care to see another one, though. I want to say a good word about Christmas this year, even in its "stunted" form, due to COVID-19. There is a poem attributed to author James Allen Francis that goes like this: One Solitary Life He was born in an obscure village, the child of a peasant. He grew up in another village, where he worked in a carpenter shop until he was 30. Then, for three years, he was an itinerant preacher. He never wrote a book. He never held an office. He never had a family or owned a home. He didn't go to college. He never lived in a big city. He never traveled 200 miles from the place where he was born. He did none of the things that usually accompany greatness. He ha
Post a Comment
Read more 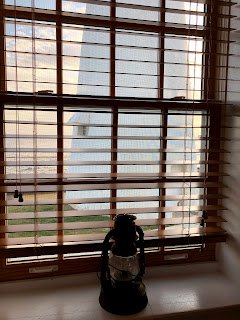 I am not dead. I realize that the last time I updated this blog was back in September. Not a good track record for someone who had the goal of doing weekly updates in 2020, but then a few things have happened this year. A few things... I did something I've never done before back in October (and no, I didn't eat broccoli on a stick, or anything)--I took a week's vacation. In 36 years of ministry, I have taken time off in the "lazy days" of Summer, at some point, and the past few years, have taken most of the month of August off. This year, though, with the kind permission and coverage of my pastoral colleagues, I took a week in October, and Dara and I stayed in the keeper's house of the Cove Point Light near Lusby, Maryland. Dara likes lighthouses, and I have to admit, they hold a certain fascination for me as well, so when I found one that you could stay at, I got online and booked  it. I'm always trying to find something out of the ordinary that will &quo
Post a Comment
Read more

Some Things I Think I Think... 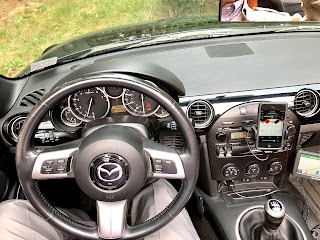 1. I like to drive. I just like to drive. I find it generally relaxing, especially during this COVID-19 period when traffic is a little lighter, I'm usually not in a huge hurry to get  anywhere in particular, and the weather is still nice enough to let me drive my Miata convertible (which I call the "Batmobile," since it is all jet black). One of the greatest thrills of my life was when I passed my driver's test at age 16. The freedom being able to drive afforded was amazing and still is! I could drive to the country to set up my telescope; drive myself to the library; pick up a friend and go visit other friends; or go on a date without arranging for a ride! One of my "dream" trips in retirement was driving along Rt. 66 and seeing its weird, historical sights. I may not happen now, though, as I recently read a story by an African American writer who said that Rt. 66 was never a place for Black people--it was pretty much a whites-only passageway, and its at
1 comment
Read more 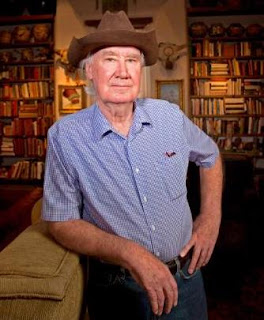 Sorry it has been so long since my last Blog post, friends. I last posted on August 21, just after coming off of a shorter-than-normal vacation, and two days before I turned 66. That's it--I'll blame it on getting old! No, really, I'll bet you don't recognize the man pictured above, do you? I didn't either, but let me fill you in. His name is Forrest Fenn. He's currently in the news because he just died at 90. He was a self-styled adventurer and art collector, who also got into collecting other treasures, including coins and gold. Over a decade ago, he was diagnosed with cancer, and after treatment, he used his personal rejuvenation to "remake" himself, and began doing things he had never done before, and going places he had never been. About that time, he wrote his autobiography entitled "The Thrill of the Chase." Turns out, he buried a "treasure" of cold, coins, and other collectables worth at least a million dollars somewhere i
Post a Comment
Read more

My Conversation with the Late Saints... 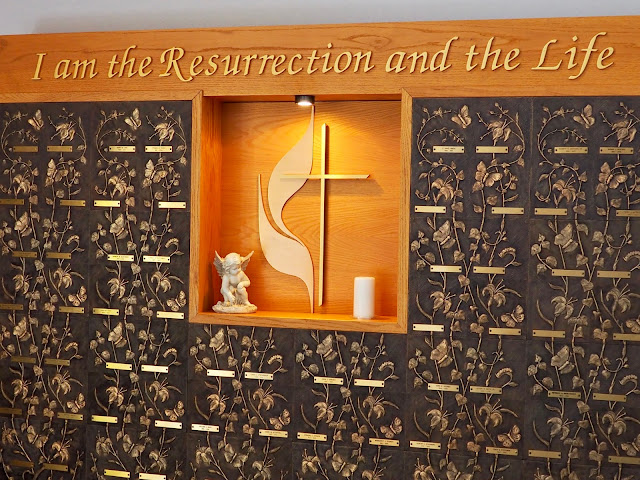 At the urging of my dear roommate, I'm taking a continuing education course called "Photography as Ministry," made available by some part of the United Methodist connection. It cost money, so I'm taking it seriously, and I think Dara is trying to prepare me for next year's planned retirement, knowing: a) I minored in photojournalism in college and just bought new camera equipment; and b) she doesn't want to lose her sanity when I retire, expecting me to be constantly under foot (I'm the touchy, feely, huggy type, and she's the "get out of my face" type).  Anyway, one of our most recent assignments was to walk around our church, spend some time in prayer, and record images of what grabs us. At St. Paul's, I wandered into the dark sanctuary where the beautiful stained-glass chancel cross--illuminated 24/7, except for Good Friday afternoon through Easter morning--was glowing, and grabbed several photos of it, both in its totality, and then
Post a Comment
Read more

A Little Break in the Action... 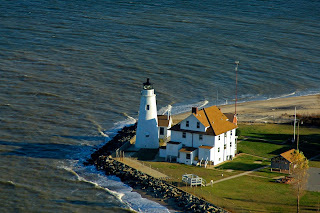 We're getting ready to "go on vacation." That used to be so simple, but not anymore. We've been holing up like a couple of mice in an ice storm, "self-quarantining" in an effort to travel to Prospect, Kentucky to see our daughter and her family (and our two grandchildren) whom we haven't seen in person since Christmas. They are self-quarantining, too, so as not to take the chance of catching and transmitting Coronavirus to the "old people." "Plan A" was to take the Prius Prime, which would get us to Prospect on less than a full tank of gas, no problem, and to drive straight through, with no stops. "Plan B" has kicked in, because the grandkids want us to bring our bicycles, and Dara's Prius is the one with the hitch for the bike carrier. It may not make it on a single tank, which means a stop along the way. Who am I kidding? Two 65-plus adults who begin their day with serious shots of coffee? No potty stop? Not going to h
Post a Comment
Read more
More posts

Dr. Jeff Sterling
Allison Park, Pennsylvania
I am a United Methodist pastor, a husband and father of two adult children, and an intensely curious individual who, in his late-middle-age phase, is trying to figure out blogging.